In 1984 James and Annie Millton established The Millton Vineyard on the banks of the Te Arai River near Manutuke, where early European settlers first planted grapevines in 1871. This region is situated on the East Coast of the North Island of New Zealand in the wine appellation of Gisborne.
Originally Annie’s father, Mr John Clark, had developed vineyards on his estate at ‘Opou’ in Manutuke during the late 1960's. James and Annie returned to Gisborne after experience gained in the famous wine regions of France and Germany including Champagne Bollinger, Maison Sichel in Bordeaux and Weingut Kurstner in Rheinhessen. By 1983 they had extensively researched and replanted major parts of the families’ grape growing business,
before establishing The Millton Vineyard in 1984.
Even Millton's earliest releases were of high quality, not only winning favour with foundation customers, but pleasing the wine judges as well. Recognition was rapidly achieved winning numerous trophies and gold medals for the traditionally styled Riesling and Chenin Blanc. Internationally, gold medals were awarded for the 1992 Gisborne Chardonnay at the International Wine Challenge in London. This wine then went on to win the trophy at the International Organic Wine Challenge Fair, while two other Millton wines entered came second and third.
The Millton Vineyard’s Three individual vineyards; Opou, Te Arai and the Clos de Ste. Anne are located in Manutuke Gisborne on the East coast of New Zealand. The unique character of the appellation is its proximity to the influence of the Pacific Ocean together with the geologically youthful sedimentary soils. Cooling sea breezes keep the climate friendly and temperate in high summer. 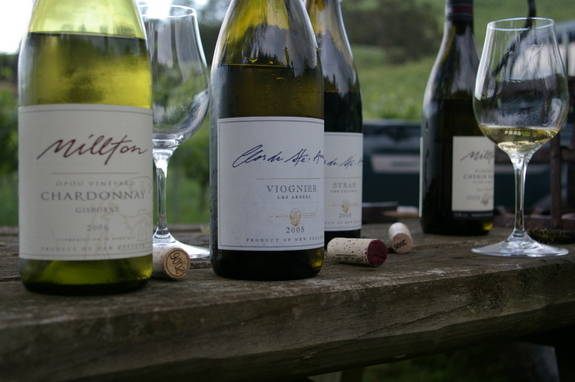 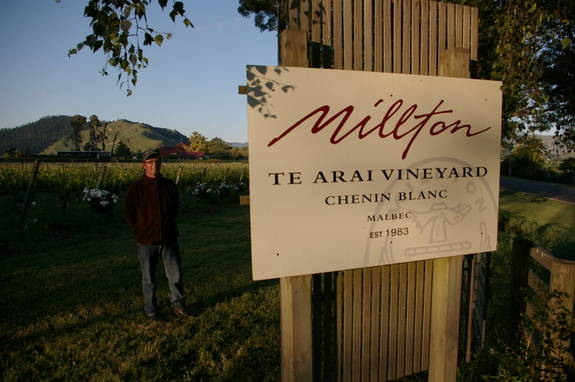 As per James – ‘Our philosophy is to produce a selection of specialised table wines. These wines should give an expression of the natural flavours found in the grapes harvested from our vineyards in the Gisborne region. I wish as well, to enhance the life quality of the land we are responsible for and in doing so leave it in an improved condition for future generations. Far from being a convenient way to market our wine, it is the protection of our own health, wealth and happiness; the environment in which we, and our co-workers practice motivates us to pursue this direction. Wine, after all, is a natural art form to be enjoyed in moderation by all people’.